Montaigne and The Art of Living

Listen to our faculty discuss the Montaigne course in this video.

The modern world began on February 28, 1571.  On that day a French nobleman by the name of Michel de Montaigne retired from his public duties as a member of the Bordeaux parlement, moved roughly one thousand volumes into the third floor of a circular tower attached to the family chateau, and began work on the book simply titled Essays that would occupy the rest of his life.

“I am myself the matter of my book; you would be unreasonable to spend your leisure on so frivolous and vain a subject,” Montaigne warned the reader in the introduction to this work.  The Essays was unlike any book that had ever been written before.  The title is from the French verb essayer meaning to struggle, to attempt, to try.  The book was never intended to be a finished product but rather a series of efforts to grasp the changing nature of that most elusive object, the self.  By putting himself at the center of his work –the je or I with its changing moods, perceptions, and desires — Montaigne not only launched a new literary genre but created a new world.

Montaigne’s work is not an autobiography in the strict sense but along the way he manages to tell us a great deal about himself.  He was born in 1533 in a chateau about thirty miles from Bordeaux.  The family name was originally Eyquem and their fortune was originally acquired through a fish and wine importing business.  His father, Pierre, was the first to use the name Montaigne; his mother Antoinette de Louppes (nLopez) was of Jewish descent, descended from Spanish Marranos.

Montaigne married – rather unhappily it seems – Francoise de la Chassaigne who bore six children, only one of whom a daughter, Leonor would survive to adulthood.  They are scarcely mentioned in his book.  With the death of his father in 1568, the thirty-four year old Montaigne found himself head of the household and free to pursue the way of life for which he had been preparing.

Montaigne worked on his Essays for over twenty years, continually adding and revising, to give the reader the fullest sense of its author and his way of life.  There are 107 essays in total, the longest and most famous “The Apology of Raymond Sebond” being more than 150 pages, the shortest being no more than a page or two.  The book covers a remarkable set of topics, moral, religious, psychological, and political.  Despite his claims to deal with only private themes, the Essays teem with allusions to the great issues of the day – the wars of religion, and the discovery and conquest of the New World.  Montaigne was instrumental in the revival of skepticism which he used not in order dispel religion but to undermine the pretentions of reason.

The defining political issue of Montaigne’s life was the struggle between Catholics and Protestants that shook all of Europe in the wake of the Reformation. The Saint Bartholomew’s Day massacre in 1572 initiated a series of pogroms throughout France that continued for several months leading to a period of protracted violence and civil war. These events occasioned some of his sharpest reflections on the dangers of moral certainty and the importance of moderation and pragmatism.   In 1581, Montaigne was called out of retirement to serve as mayor of Bordeaux where he attempted to mediate between the city’s Catholic and Protestant populations.  Montaigne’s advocacy for policies of clemency, mercy, and, above all, the avoidance of cruelty grew out of this experience and runs like a bright line throughout the Essays.

Even during his final years, Montainge’s life was scarcely peaceful.  He was forced to abandon his estate due to the onset of a plague. He remained an advisor to Henry of Navarre who visited his chateau in 1587, but he did not live to see Navarre become King Henry IV and convert to Catholicism, nor did he see him broker a treaty – the Edict of Nantes in 1598 – that would bring a truce to the warring parties.  It would stand for almost a century until it was revoked by Louis XIV in 1685.

Montaigne was not a political philosopher in the strict sense.  He left no treatise on government, but he was an early advocate of toleration, a defender of a sphere of private liberty, and an outspoken critic of policies of cruelty and persecution that make him a forerunner of political liberalism.  At the same time, Montaigne remained a loyal subject of the king, praised the power of custom, and continually warned against the danger of political reformers.  What were the politics of Montaigne’s Essays will be an on-going theme of our course.

This course will allow us to study this amazing man and the book that launched modernity.

How will we study it?  Through close reading of the essays themselves.  Through reading short writings by and about Montaigne’s contemporaries; his influences; his inheritors.  The difficulty in classifying Montaigne is a blessing, for it allows us to explore him as semi-political philosopher, historian, literary figure – perhaps even a therapist of sorts.  Finally, we will explore what it might mean to approach Montaigne’s project if one wished to create it, today.

Our faculty are a dream team of Montaigne explorers.  Our leaders, Profs. Smith and Oskian, team-taught a semester-long version of this course at Yale College.  You are invited to watch a conversation between them in the video elsewhere on this page, to see the obvious fruits of this labor.  As guest faculty, we have professors from three institutions who are renowned not only for their Montaigne knowledge but for their love of teaching and their incredible bodies of intellectual achievement.

One is tempted to answer the question implicit in this course’s title – How does one live an artful life – with a simple answer:  one takes this course. 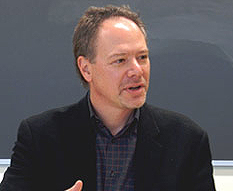 Steven B. Smith has taught at Yale since 1984. He has served as Director of Graduate Studies in Political Science, Director of the Special Program in the Humanities, and Acting Chair of Judaic Studies and from 1996-2011 served as the Master of Branford College. His research has focused on the history of political philosophy with special attention to the problem of the ancients and moderns, the relation of religion and politics, and theories of representative government. He received the Lex Hixon ’63 Prize for Teaching Excellence in the Social Sciences in 2009; he has taught in courses under the EverScholar model as lead and guest professor several times over the past 9 years. 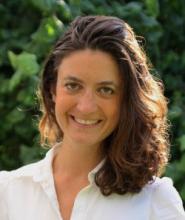 Giulia Oskian is an Assistant Professor of Political Science. She specializes in political theory and her research interests include early modern and modern political thought, constitutionalism, democratic theory, the history of ideologies, and political psychology. Her book, Tocqueville and the Legal Basis of Democracy, was published in Italian and is now being translated into English. Currently, she is working on a new project, which explores the role of emotions in political life, studying how emotions inform political judgement and internally curb rationality. She holds a Ph.D. from the Scuola Normale Superiore and, before coming to Yale, was a postdoctoral fellow at Science Po Paris and at Queen Mary University of London, and a Fulbright scholar at Columbia University.

Our morning seminars with lead faculty will be followed in the afternoons by a seminar with an amazing guest professor.  These scholars bring a variety of different perspectives to our subject, from a modern essayist who also teaches Montaigne, to a Renaissance scholar who writes about Montaigne and more.  EverScholar continues its emphasis on interdisciplinary study, not only through the variety in the core syllabus, but through these world-class leaders of EverScholar’s intellectual portfolio. 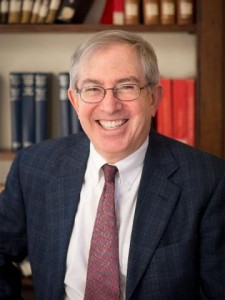 Professor Quint, the author of “Montaigne and the Quality of Mercy,” is no stranger to the EverScholar model having led a course on The Renaissance. Autobiographically: I am a product of the Yale Comparative Literature Department. I have studied literature written in Italian, English, French, Latin, Spanish, and, every so often, literature in Portuguese and German. I taught in the Department of Comparative Literature at Princeton University for a decade and half before taking up teaching at Yale in both the Comparative Literature and English departments. At the graduate level, I have offered courses on The European Epic Tradition, Ariosto and Cervantes, Milton, Montaigne, Aristocracy and Literature, Non-Shakespearean Drama, English Renaissance Lyric Poetry, Spenser. I have regularly taught the core course of the interdisciplinary Renaissance Studies program, The Renaissance in Italy. I am primarily interested in poetry, but I have also taught and written about the novel, the essay, and drama. My work has emphasized how literary form and the internal history of genres can be related to historical change and evolving social formations. 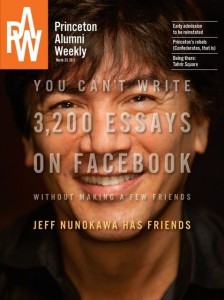 Jeff Nunokawa earned his Ph.D. at Cornell University and his B.A. at Yale University. He specializes in English literature from about 1830 till about 1900. His first book, The Afterlife of Property, studies how the novels of Dickens and Eliot labor to preserve the idea of secure possession by overseeing its transfer from the sphere of a cold and uncertain economy to a happier realm of romance. Professor Nunokawa is most generally interested in the ways that various ideas of society clash and collaborate with one another. Before his day is done, he hopes to write a book about Henry James. He is known, among many things, for his “Note Book” of over 3,000 essays – a modern-day Montaigne, if you will, in addition to his teaching of Montaigne at Princeton. 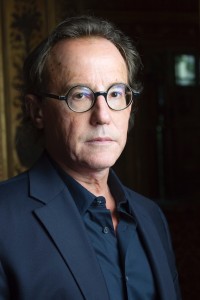 Mark Lilla, Professor of Humanities at Columbia University, specializes in intellectual history, with a particular focus on Western political and religious thought. Before moving to Columbia in 2007 he taught in the Committee on Social Thought at the University of Chicago and at New York University. A regular contributor to the New York Review of Books, he is the author of The Once and Future Liberal: After Identity Politics (2017), The Shipwrecked Mind: On Political Reaction (2016), The Stillborn God: Religion, Politics, and the Modern West (2007),The Reckless Mind: Intellectuals in Politics (2001),and G.B. Vico: The Making of an Anti-Modern (1993). He has also edited The Legacy of Isaiah Berlin (2001) with Ronald Dworkin and Robert Silvers, and The Public Face of Architecture (1987) with Nathan Glazer. He is currently writing a book titled Ignorance and Bliss, and another on the history of the idea of conversion.

Learn More About our Guest Faculty!

All EverScholar courses actually start months before our meeting.  After registration, you will receive all books and scholarly articles for the course, and will immerse yourself in great works curated by our faculty.  “Montaigne and The Art of Living” is no exception, with works ranging from contemporaneous writings to great books written by your own EverScholar professors.  Primary sources will mix with authoritative texts to produce night after night of joy as you prepare for your return to the life of the mind.

One of EverScholar’s unique and most beloved features are our Special Events; sessions at a number of well-known (such as a museum or Art Gallery) or less-known centers of collection and learning.  “Montaigne and The Art of Living” continues this tradition.