For this “long-weekend” immersion,  arrive Thursday evening for a journey that will not end, but pause, on Sunday evening.  Some of our group has previously studied “China Present to Past.” This program, a transition to a full-week program planned for 2021, will look at “China Present to Future,” drawing on the past to understand the present and speculate on the future.  We will explore China in the 20th-21st centuries and beyond from literary and historical perspective, through two connected themes:
1] “Formless War:” a recently employed term, originating from the recent/current trade war, which helps model the current strategic situation of China and the US wherein cyberwar and technology replace conventional conflict, as strategy [Thucydides redux], trade, and technology flow together.
2] Visions of the future: Futurism is everywhere in China.  Just one example: the 1900s were the great first period of flourishing of Chinese science fiction literature, with all sorts of crazy imaginations, including technology. Chinese sci-fi is a modern incarnation of soft power, as it is wildly pervasive globally.  The fabric of the immensely diverse Chinese views of the future is a clue to its present and past as well.

Importantly, however, neither of these themes are entirely new.

At the turn of the twentieth century, the Qing empire of China, the largest political unit in the world, ruled over 400 million subjects, nearly one quarter of the world population. Heavily battered by foreign imperialism during the nineteenth century, and fearing existential threats to the imperial state and classical civilization, the Chinese of the late Qing forged radically new forms of literary and political argument, whose repercussions China and the rest of us still live with today. These decades from 1890 to 1920 marked an extraordinary period of cultural and social dynamism.  Ideologies like nationalism, racism, anarchism, constitutionalism, and the literary movements of modernism, transculturalism, language reform, and Eurasianism all had their origins in this time. In this seminar, we will explore, by closely reading primary sources from China and Europe in translation, along with selected secondary works, the foundational concepts that defined China’s place in the world during the following century. We will also examine how Europeans and Americans incorporated their perceptions of China into their own political and cultural programs.

The course begins with reflections on the limits of traditional history and literary studies, in a world in which national borders no longer define the limits of social processes or cultural production. Historians and literary scholars must now address movements that spill over the boundaries of any single nation-state, and writings in many languages which, like viruses, constantly mutate and exchange material with each other. Newer theories of geography and cultural studies, with a few examples, will orient our discussion.

Next, we turn to examples of political and cultural events which spanned the globe in the age of High Imperialism. The Paris Exposition of 1900 brought together the major European powers, the United States, and Japan in a dazzling display of light, technology, the arts, and entertainment, and also put on display the achievements of colonized nations, as well as African- Americans, presented by the great black sociologist W.E.B. Dubois. Later in the same year, the same group of imperial powers, the U.S., and Japan, invaded Beijing to put down the Boxer rebellion supported by the Qing court and lift the siege of the foreign legations. They committed massacres, looted and burned the Summer Palace of the Qing emperors, and imposed crippling indemnities to pay for the war, but they kept the Qing regime in power. Soon after, the imperial powers would inflict the same damage on each other in the first of two global wars. At the same time, visionary writers across the globe, from H.G. Wells to Liang Qichao, imagined new Utopias of harmony and technical process, or dystopias of catastrophe, as science fiction was bom in China and the West. And in Vienna, the capital of the Hapsburg empire, the most powerful concepts of our modem age, from psychoanalysis and modem art to Zionism, racism, and climate change science, had their birth.

The Eurasian, a person of mixed heritage, featured heavily in the personal exchanges of the time. Writers about Chinese in America, Southeast Chinese businessmen, and migrants everywhere crossed boundaries of race, nation, language, and culture in the face of racial restrictions and oppression. Emma Teng will tell us a few of their stories.

On the third day, we examine how certain Chinese and European writers conceived of intercultural exchanges during this time of imperial contention. Chinese writers intensively examined the ethnic origins of their civilization as they tried to rebuild a shattered society on the basis of imagined linguistic, regional, and genealogical continuities, while also adapting Western ideologies to serve national wealth and power. Fierce debates over how to reform the Chinese script, and the spoken language, ensued. These “furious alphabets” focused attention on the tensions between China’s multilingual, multiethnic population, and the drive to homogenize the community under a single national culture. Meanwhile, in Europe, leading writers and scholars, like Kafka, derived inspiration for their own pioneering literary works from ancient Chinese texts like the Daodejing.  Helen Zhang will show in detail how Kafka transplanted the seed of Dao, nurtured it in a European mind, and let it sprout and grow in his Patience Game—a deck of 109 aphorism cards.

We offer only a small sample of the bewildering currents of exchange, domination, and appropriation that flowed across the globe in this period, but we expect you to be provoked by this experience to see modem China, and the modem world, in a new light. Our faculty, as leading scholars of Chinese history and comparative literature, enthusiastically welcome you to the study of this fascinating subject!

We will be led on this journey with two of today’s greatest China scholars:  Professors Jing Tsu and Peter Perdue.  Their academic and in-China experience is peerless, and they will be joined by a dazzling array of guest faculty.  All recognize that China is too complex, too old, and too fascinating to be exhausted in the time available; therefore, EverScholar is offering “Formless War, Future Visions…” as part of a 3 year project!  Last year many of our scholars studied “China: Present to Past.”  This year’s course is also completely self-contained, and in 2021 we will offer another, complementary course on China, (2019 is not required for 2020, nor is 2020 required for 2021, and there is no obligation to take the 2021 course if you enroll in 2020), and we hope to then offer a trip to China with our faculty after the 2021 course (later that year, or in 2022)!  This is truly an exceptional opportunity to grasp the great colossus that looms in all of our sights. 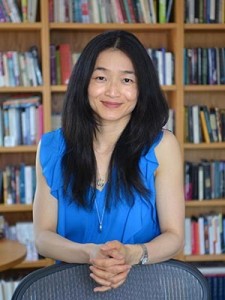 Jing Tsu is a literary scholar and cultural historian of modem China at Yale University. She is the first person to be tenured and become Professor of Chinese Literature and Comparative Literature at Yale, and author of four books (two co-edited). She is currently writing a new book about how China entered the IT era. Her research spans literature, linguistics, science and technology, typewriting and digitalization, diaspora studies, migration, nationalism, and theories of globalization, and she has written for The New York Times.
Crossing different fields and disciplines by making new connections between disparate contexts, Tsu has been widely recognized in Asia and the U.S. for her approach. At Yale, Tsu is currently Chair of the Council on East Asian Studies at the MacMillan Center for International and Area Studies. 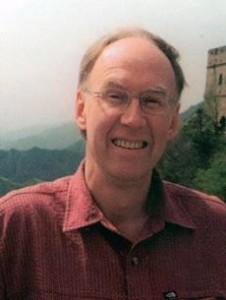 Peter C. Perdue is Professor of History at Yale University. He has taught courses on East Asian history and civilization, Chinese social and economic history, the Silk Road, and historical methodology. He is a member of the American Academy of Arts and Sciences. He is the author of numerous books, including China Marches West: The Qing Conquest of Central Eurasia (Harvard University Press, 2005). His current research focuses on Chinese frontiers, Chinese environmental history, and the history of tea. Most recently, he has published an introduction to environmental history in Chinese. Professor Perdue has taught under the EverScholar model to great acclaim.

Our morning seminars with lead faculty will be followed in the afternoons by a seminar with an amazing guest professor.  These scholars bring a variety of different perspectives to our subject, from one who spans literature from China to Scandinavia, and another whose expertise is as wide as the Chinese diaspora.  EverScholar continues its emphasis on interdisciplinary study, not only through the variety in the core syllabus, but through these world-class leaders of EverScholar’s intellectual portfolio. 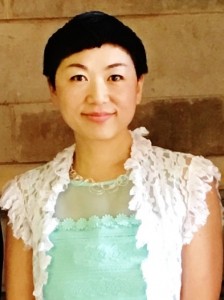 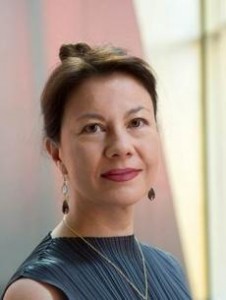 Emma J. Teng teaches courses in Chinese culture, Chinese migration history, Asian American history, East Asian culture, and women’s and gender studies.Her first book, Taiwan’s Imagined Geography: Chinese Colonial Travel Writing and Pictures, 1683-1895 (2004) a study of Chinese colonial discourses on Taiwan, places the China-Taiwan relationship in the historical context of Chinese imperial expansionism. Her latest book, Eurasian: Mixed Identities in the United States, China and Hong Kong, 1842-1943 (2013), examines ideas concerning racial intermixing and the lived experiences of mixed families in China and the US between 1842 and 1943. In 2005 she was a recipient of the Levitan Prize in the Humanities and a co-winner (with Professor Erik Demaine of Electrical Engineering and Computer Science) of the MIT Edgerton Faculty Achievement Award. Teng currently serves as Director of MIT’s Global Languages.

Learn More About our Guest Faculty!

All EverScholar courses actually start months before our July meeting.  After registration, you will receive all books and scholarly articles for the course, and will immerse yourself in great works curated by our faculty.  “China – Formless War, Future Visions” is no exception, with works ranging from contemporaneous writings to great books written by your own EverScholar professors.  Primary sources will mix with authoritative texts to produce night after night of joy as you prepare for your return to the life of the mind.

One of EverScholar’s unique and most beloved features are our Special Events; sessions at a number of well-known (such as a museum or Art Gallery) or less-known centers of collection and learning.  “China – Formless War; Future Vision” continues this tradition.