The course explores one of the most important events in world history: the American Founding. Professor Amar is fond of saying that history can be divided into BC (before the (American) Constitution) and AD (“after the document”). For most of prior recorded history, the world is dominated by kings, emperors, czars, sultans, tribal chiefs – basically thugs. That is the world for millennia. And then, the hinge of human history, the event and the year that changed the world, takes place. Americans did, in actual fact, ordain a constitution up and down a continental coast, and the world would never be the same. Today, ours is a far more democratic world. Half the world by population and land mass is democratic in a way it was not before the Founding, and we will study the thesis that it is democratic because of the American constitution.

Professor Amar’s forthcoming book, which he hopes to showcase during the EverScholar course, is a history book. It is the story, in part, of the epic cast of characters that lies at the heart of the American Founding. Washington, Hamilton, Franklin – the three greatest of the Big Six – are joined by Madison, Jefferson, and Adams. James Wilson, John Jay, Abigail Adams, James Otis, Thomas Hutchinson, John Marshall – a host of fascinating figures – will parade before us.

This course will locate the founding moment in a broader, wider slice of time than have most historians who have told the story of the Revolution. We will explore the period from 1760, through the Declaration and Revolution, through the early state constitutions, through the convention and the ratification, into the Washington presidency and the adoption of a bill of rights, the peaceful transfer of power from one party to another, and through the founding period, into the early 19th century.

But this group of historic actors did not come to the stage in a vacuum. They, in turn, were informed and inspired by thinkers – British, European, American – who struggled with concepts like sovereignty, freedom, geostability, and much more. Not only Enlightenment thinkers, but also Classical, Renaissance, and more, entered into virtual or actual conversation with our founders. We will study the thought behind the thought, and inevitably, questions of where this leaves America today will arise.

This journey will take us through primary sources galore, including such works as Farrand’s monumental gathering of the proceedings of the Constitutional Convention, the Federalist (of course) but also the anti-Federalist writings, great works of history and philosophy including Emerson, Tocqueville, Payne, and lesser-known (today) but important thinkers such as Bollingbroke – and many more. No one will emerge from this course without their notions of the American Founding challenged, changed, and enriched.

We will be guided in this inquiry first of all by two of EverScholar’s greatest and most honored scholars: Professors Akhil Amar, and Steven Smith.   Prof. Amar, according to Yale’s website: “has been favorably cited by Supreme Court justices across the spectrum in over 30 cases (citing to four different books and more than a dozen distinct articles), and he regularly testifies before Congress at the invitation of both Republicans and Democrats.” He has “won Yale’s Triple Crown,” having been awarded Yale’s highest teaching award, the DeVane Medal, its highest academic honor, a Sterling Professorship, and its highest faculty honor from alumni, the Howard R. Lamar award. Professor Smith is also an honoree for teaching with the Lex Hixon Prize for Teaching Excellence in the Humanities, and is beloved of EverScholar alumni with his numerous appearances. Political philosophy surrounding the American Founding is among his many areas of expertise; he also teaches a popular course on Lincoln, for example, and is the editor of The Writings of Abraham Lincoln.

Our lead professors are cut from the EverScholar “mold.”  In addition to a named chair at Yale Law School, Prof. Amar holds appointments in the Faculty of Arts and Sciences, in Political Science; Professor Smith also teaches in Directed Studies and was the Master of Branford College for 15 years.   They embody the interdisciplinary approach that EverScholar cherishes.  And what better subject for their expertise than the interplay of freedom, law, war, and a country’s greatness?

Join our Professors, treasures of EverScholar, for a seven day set of seminars. This intensive, energizing experience will lead students in detailed discussions of a number of literary, philosophical, and historical texts. We will learn not of this era alone – we will learn how it is that one probes deeply into any complex period, and how in doing so, fundamental lessons emerge. 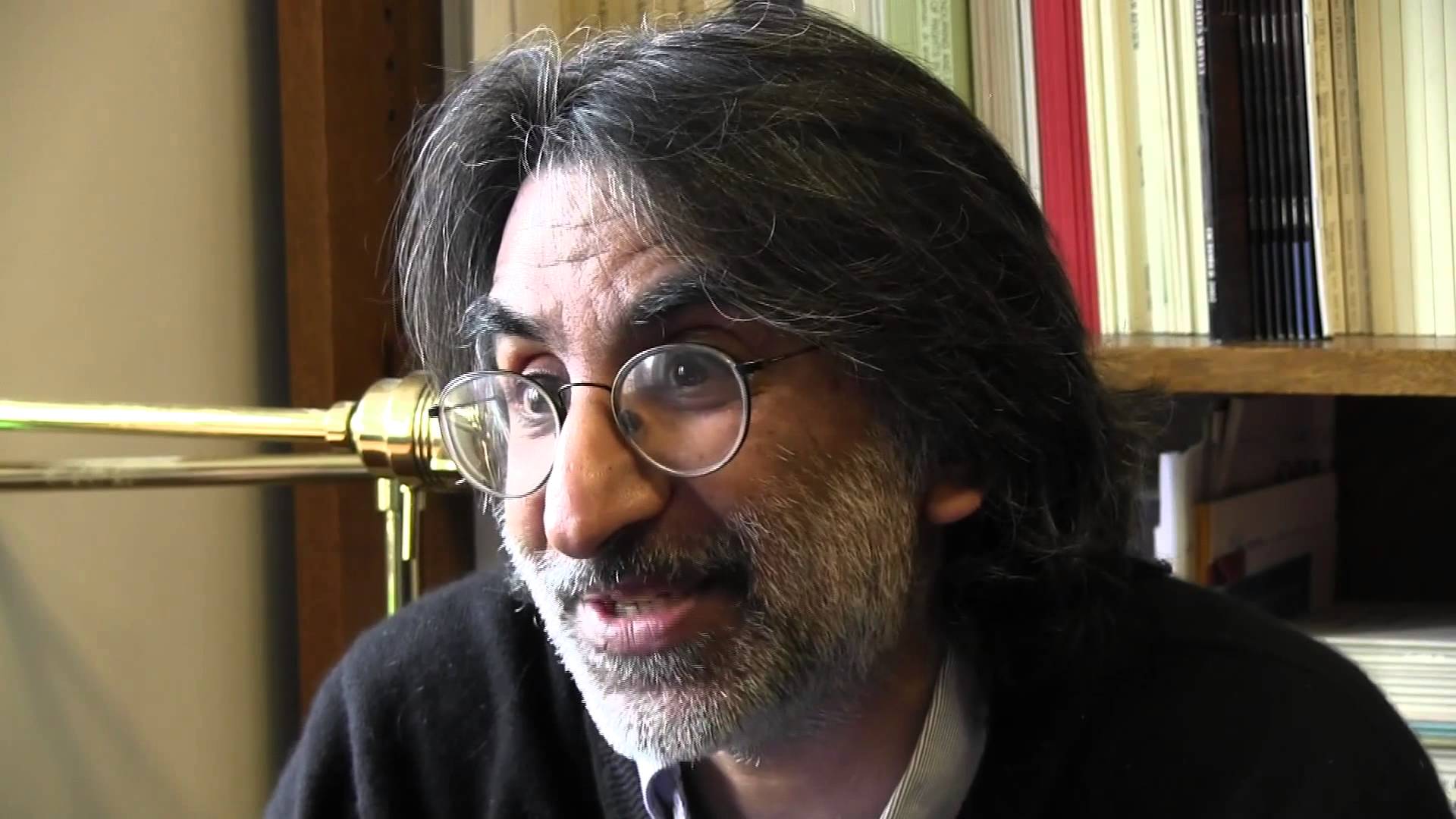 Akhil Reed Amar is Sterling Professor of Law and Political Science at Yale University, where he teaches constitutional law in both Yale College and Yale Law School. After graduating from Yale College, summa cum laude, in 1980 and from Yale Law School in 1984, and clerking for now-Justice Stephen Breyer, Amar joined the Yale faculty in 1985 at the age of 26. He is the winner of Yale’s DeVane Medal for teaching, and in 2017 he received the Howard Lamar Award for outstanding service to Yale alumni. He has co-led or been guest professor, for courses with the EverScholar model on several occasions over the past 5 years. 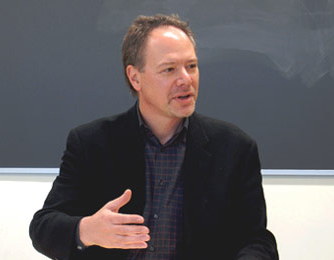 Steven B. Smith has taught at Yale since 1984. He has served as Director of Graduate Studies in Political Science, Director of the Special Program in the Humanities, and Acting Chair of Judaic Studies and from 1996-2011 served as the Master of Branford College. His research has focused on the history of political philosophy with special attention to the problem of the ancients and moderns, the relation of religion and politics, and theories of representative government. He received the Lex Hixon ’63 Prize for Teaching Excellence in the Social Sciences in 2009; he has taught in courses under the EverScholar model as lead and guest professor several times over the past 9 years.

Our morning seminars with lead faculty will be followed in the afternoons by a seminar with an amazing guest professor.  These scholars bring a variety of different perspectives to our subject, from modern alternatives to the Federalist, to the intricacies of the Revolution, and more.  EverScholar continues its emphasis on interdisciplinary study, not only through the variety in the core syllabus, but through these world-class leaders of EverScholar’s intellectual portfolio. 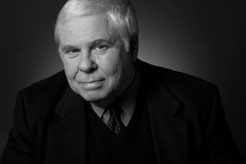 Sanford Levinson holds the W. St. John Garwood and W. St. John Garwood, Jr. Centennial Chair in Law at the University of Texas Law School. Previously a member of the Department of Politics at Princeton University, he is also a Professor in the Department of Government at the University of Texas. The author of over 350 articles and book reviews in professional and popular journals—and a regular contributor to the popular blog Balkinization—Levinson is also the author of four books: Constitutional Faith (1988, winner of the Scribes Award); Written in Stone: Public Monuments in Changing Societies (1998); Wrestling With Diversity (2003); and, most recently, Our Undemocratic Constitution: Where the Constitution Goes Wrong (and How We the People Can Correct It)(2006). He was a Fellow at the Institute for Advanced Study in Princeton in 1985-86 and a Member of the Ethics in the Professions Program at Harvard in 1991-92. He is also affiliated with the Shalom Hartman Institute of Jewish Philosophy in Jerusalem. A member of the American Law Institute, Levinson was elected to the American Academy of Arts and Sciences in 2001

All EverScholar courses actually start months before our meeting.  After registration, you will receive all books and scholarly articles for the course, and will immerse yourself in great works curated by our faculty.  “The First American Founding…” is no exception, with works ranging from contemporaneous writings to great books written by your own EverScholar professors.  Primary sources will mix with authoritative texts to produce night after night of joy as you prepare for your return to the life of the mind.

One of EverScholar’s unique and most beloved features are our Special Events; sessions at a number of well-known (such as a museum or Art Gallery) or less-known centers of collection and learning.  “The First American Founding…” continues this tradition.

Everything that happens during the EverScholar program is enhanced by the fact that it takes place in an academic environment.  Learn more about the experience!